Are you someone that likes everything you own to be unique, personalised and have its own sense of style? Well if so you could be at greater risk of injury or even death if involved in a car accident, furthermore cars with mods on them aren’t exactly quick sale cars meaning they could be hard to shift when you do eventually come to sell.

This may sound a little preposterous, but new research has shown that vehicles with personalisation as minimal as a sticker in the back window are up to 80% more likely to be involved in a crash than their sticker-less counterparts.

The report, from the Liverpool Insurance Establishment (LIE), also shows that cars with an Ichthus  fish are involved in up to 74% more accidents; if you have a Hello Kitty sticker looking out the back window you are a whopping 300% more likely to have an incident which results in serious injury or death.

Moreover, between 2001 and 2012, eleven drivers were decapitated by improperly secured nodding dogs flying forwards in the event of a crash and hitting them on the back of the head. 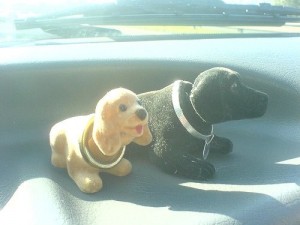 Next time you take your car for an MOT or service you might want to think about asking them to peel away any crash-hungry stickers on your back window.

LIE president Gerald Gummydrops had this to say about the findings: “Anybody who chooses to personalise their car with back window stickers really is cruising for a bruising quite literally. The facts are there, now it is time for people to do the right thing, take action and remove all stickers.” 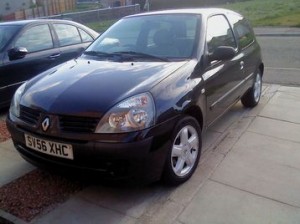 Another mystifying fact which the president failed to mention in his press conference was that 56 plate Renault Clio cars were seven times more likely to veer off the road and be sent spinning into the Thames. Keep speed to a minimum if you own such a vehicle.

Yes, as you might have guessed, this was first published on the 1st April 2013.