Have you ever considered taking out a lease deal for your next vehicle? The leasing and contract hire industry is constantly growing in the UK but there is still an overwhelming majority of British motorists who couldn’t tell you the first thing about it. I currently drive a contract hire Ford C-Max, as I have done for the last 22 months, so I can speak with a relative level of experience. However I must admit that this is my first lease and I was guilty of a lot of ignorance towards the whole process before I got the C-Max! 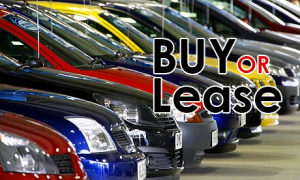 Today I’m going to outline a few of the key advantages which you can benefit from by taking out a lease.

New is nice – one of the main reasons that a lot of people prefer to lease a vehicle than buy one is that it enables you to drive a brand new car, and one that you probably couldn’t afford to buy outright. In the short term it may be even more financially viable than buying a used car. For example, the down payment on a BMW X1 leasing deal would be far less than buying a used Vauxhall Antara.

Monthly is manageable – the other most appealing aspect of a contract hire car is that you pay monthly. Paying monthly rather than in full up front allows you to treat your car like you would any other bill – just think of it as paying the gas or the electric. It’s an especially favourable option for young people in most cases, as they generally won’t have a lot of cash in the bank but might be starting graduate jobs which will enable them to comfortably cover the monthly payments.

No MOT and no road tax – this is one of the smaller perks but nevertheless a nice one to benefit from. Road tax is always included in the monthly price of a lease deal which, depending on the levels of CO2 emitted by your vehicle, can save you a fair few hundred pounds a year. With regards to an annual MOT test, this is only required for vehicles which are more than three years old. As you are driving a new vehicle and contract hire periods very rarely last for longer than 36 months you’ll never need to pay for an MOT test.

Fuel – new cars are generally more economical than older ones so you should save at the petrol station. A contract hire Audi A5 Coupe should use less fuel than an A5 which is 10 years old.