I bought a Fiat Cinquecento from 1998 a couple of years ago for my daughter’s first car. If I’m honest I did buy it intending it to be a joke; she was asking for Audis or a Fiat 500 motor for her birthday so I thought I’d bring her crashing back down to earth, and let here drive around in a banger for a year before getting her a nice car. She is a good sport so she acted delighted when she saw it though I knew deep down she will have been cursing me. However, after a month, I think we were both shocked by the Cinquecento. The little 1.1 litres looks were deceiving, Charlotte could fit four of her mates in quite comfortably, and they all seem to love it, claiming it is the cutest car on the road. 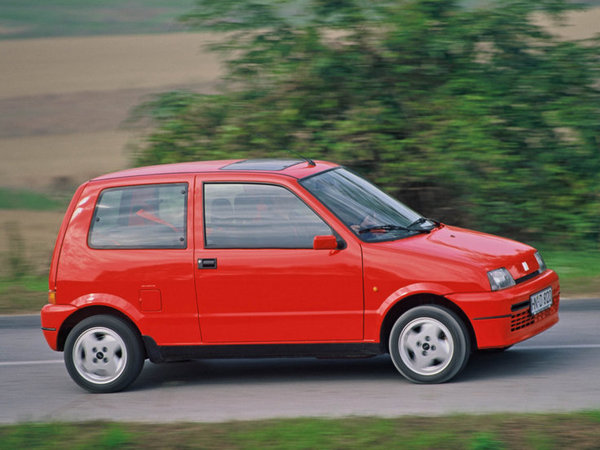 Furthermore it was proper fun to drive! She did a stint of travelling for 3 months 3 years ago, I thought as it was such an old car I should take it on a trip at least every couple of days to make sure it didn’t all cease up through lack of use, and I actually used to look forward to it. It felt like a little go kart. Despite the fact that the car was only a 1.1 litre, because it was so lightweight and small it felt very nippy, I hadn’t enjoyed driving so much in years of owning nicer more upmarket vehicles. The second hand Fiat Cinquecento cost me less than one thousand pounds, it was worth every penny and we/she has got much more out of it than I could ever have imagined. I thought I would probably have to start thinking about replacing it after 6 months yet 2 and a half years down the line it is still going strong, and hasn’t showed any signs that it is on its way out. If I can I’ll keep it in the family for my younger son who will start his driving lessons next year.